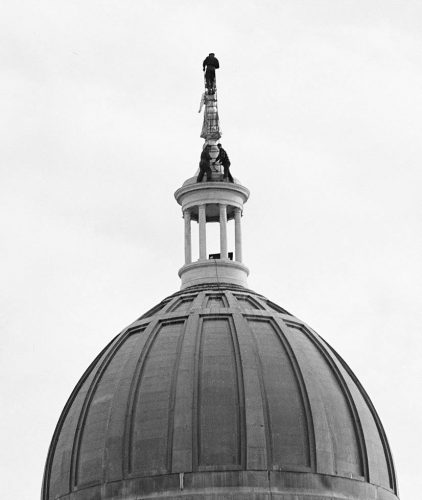 State construction crews position the statue of Minerva atop the copper dome of the Maine State House. Circa 1940s-50s. Courtesy of Maine State Archives.

When a copper dome was constructed atop the Maine State House more than a century ago, there were likely few spectators that could imagine the copper sheathing would one day be repurposed into public works of art. The Maine Arts Commission is pleased to announce artists Judith Allen of Portland and James Creighton of Brunswick as the selected artists of the State Capitol Copper Dome Reuse Project.  Both artworks are slated for installation at the Maine State Capitol Complex in the summer of 2018. 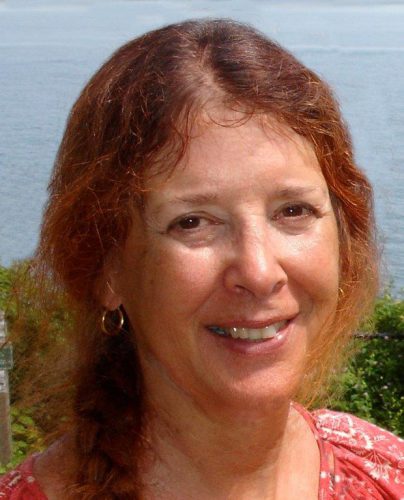 Judith Allen, a mixed media artist based out of Portland.

The Arts Commission called for artist proposals to create new work with the historic copper roofing sheets, which had been replaced in 2014. A special committee, convened of state legislators, artists and the Arts Commission staff, reviewed 29 proposals. In late October, the committee selected not one but two artists who would each work with up to 1,000 square feet of copper to create permanent works of art for the State House. The first winning proposal, by mixed media artist Judith Allen, entitled “Outside In” is a silhouette of pine trees and nature landscapes depicted on a triptych –  three related panels of copper. The piece will hang above the Law and Legislative Reference Library door. 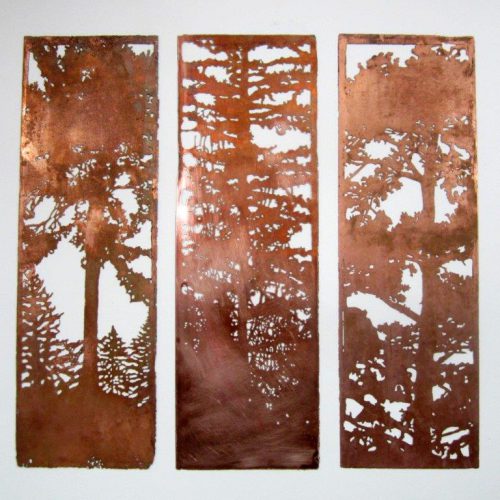 An example of a copper triptych by artist Judith Allen.

“I love copper,” Allen said. “Having worked with it for most of my career both in printmaking and for sculpture, I am thrilled and very honored to repurpose the State House roofing copper, with its rich history, for a wall sculpture that will hang in the Maine State House. 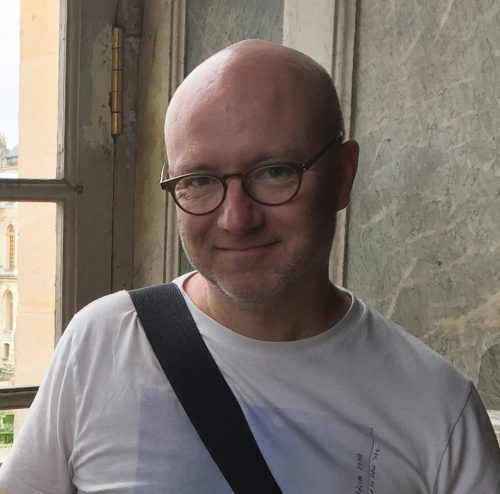 The other winning proposal, by visual artist James Creighton, features an image of a Maine’s state tree, the Eastern White Pine. Creighton will use dry point scratching to etch the tree’s image into smaller pieces of copper. “The existing patina on the copper panels is a result of nearly 100 years of exposure to weather on the dome of the Maine State House,” Creighton wrote in his proposal. “The patina becomes a metaphor for the history of the state- a history that is deeply rooted in its natural beauty.”

“Every Maine law for the past century was developed under these copper sheets,” said Rep. Erik Jorgensen, who served on the special committee. “While the State House is the working center of Maine’s government, it’s also a remarkable public museum. These sculptures will be an exciting contemporary addition to the state’s art collection.”

“This site is so central to Maine’s history and identity,” said Julie Richard the Executive Director of the Maine Arts Commission. “We’re proud to be part of the commissioning of new public art that reflects on Maine’s many virtues.”