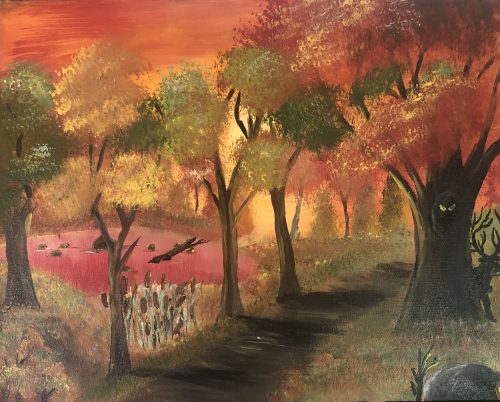 Markings Gallery, in Bath  is pleased to present an exhibit of paintings by Café Crème artists Crystal Mansir, Cass Tirrell and Benjamin Wallace. Their paintings will be featured during the month of March with an artist talk and reception on Friday, March 20 from 5 p.m. to 7 p.m.

Crystal Mansir is the general manager at Bath’s beloved Café Crème and has been creating art for the last seventeen years. Her artist journey began at the age of fourteen when she received her first paycheck. She immediately went out and bought some small canvases, acrylic paint and brushes. Crystal’s paintings are abstract, inspired by nature and other worlds from her dreamtime. 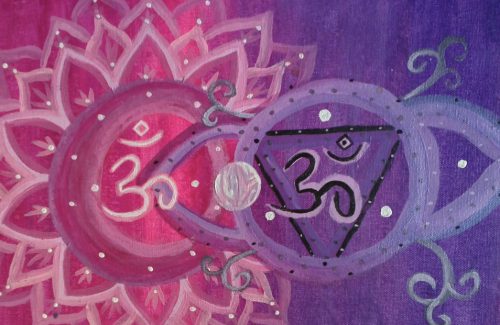 Cass Tirrell started painting seven years ago in acrylics. She was immediately drawn to Buddhist themes as she was delving into this practice in her own life and found much inspiration there. Last year she started to dive into portrait painting. She has been practicing and creating, finding inspiration in many faces and feelings. 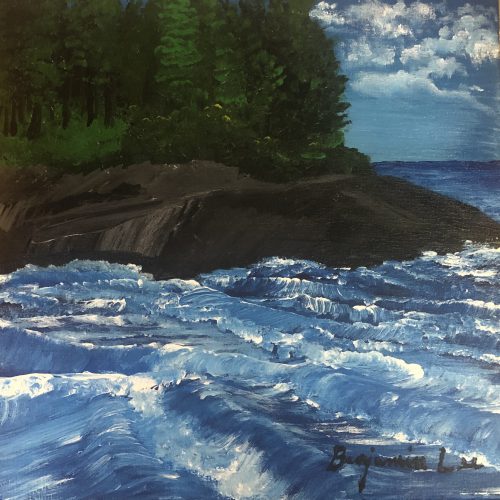 Benjamin Wallace’s paintings are inspired by his connection to nature. Nature has been his sanctuary and influences his daily state of being. He is deeply rooted in appreciation and gratitude for Mother Earth and paints from that space.