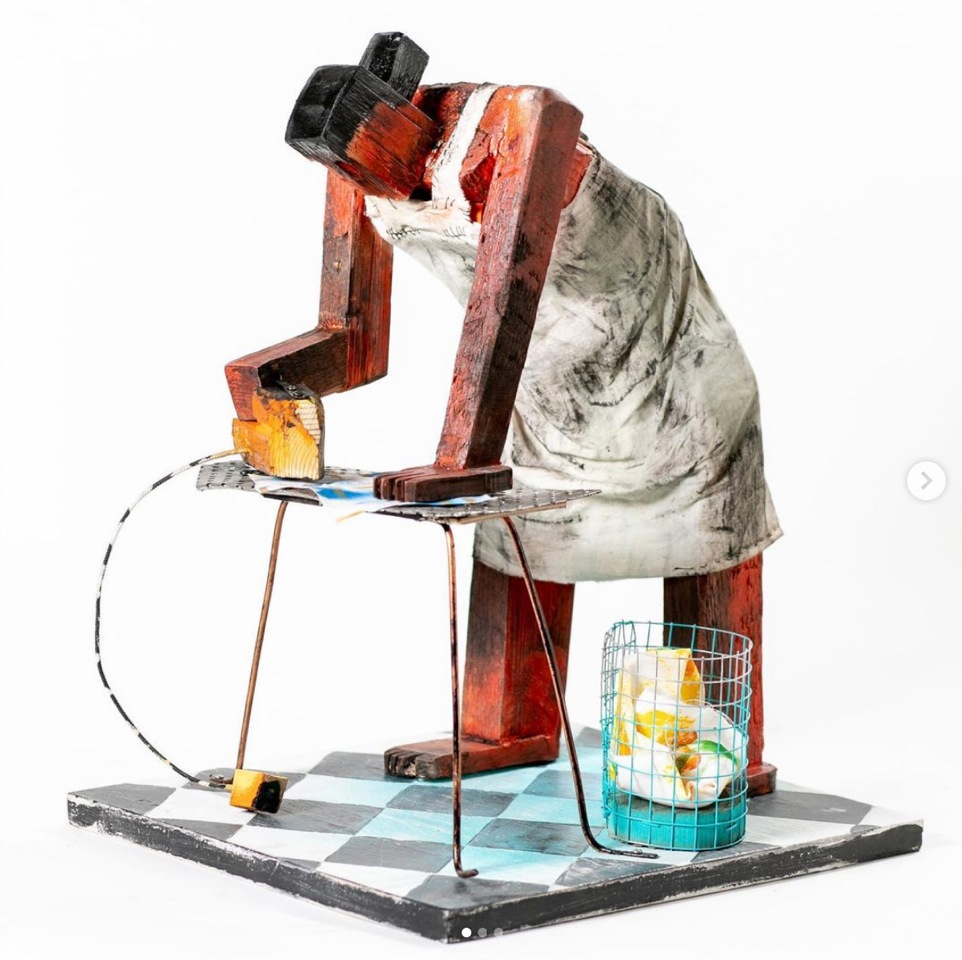 Three are seasoned artists — Barter (Philip), Neville and Frey — whose work has intrigued audiences for decades, while Thwaites and Barter (Matt) are up-and-coming artists with a fresh perspective on iconic Maine imagery as they explore familiar subjects, including, beach scenes, lighthouses, lobsters, fishermen and waterfronts.

The exhibition is free and open to the public. 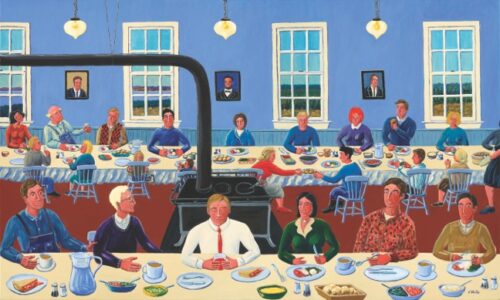 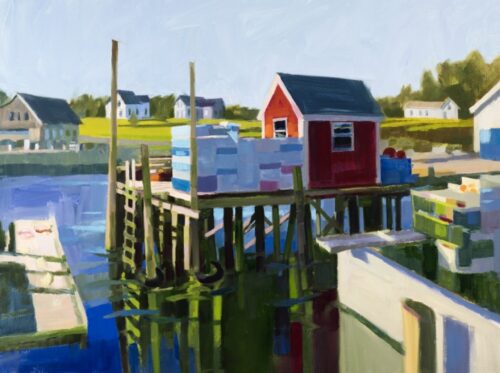 “Patterns and Piers,” by Philip Frey. 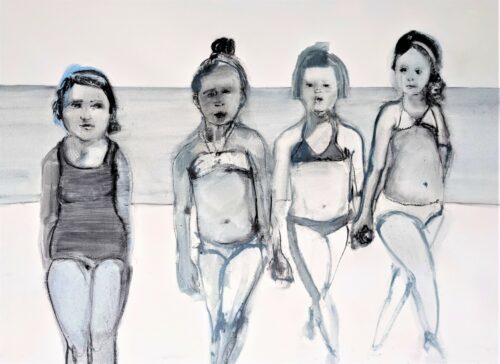 “Young Ladies at the Beach,” by Christina Thwaites. 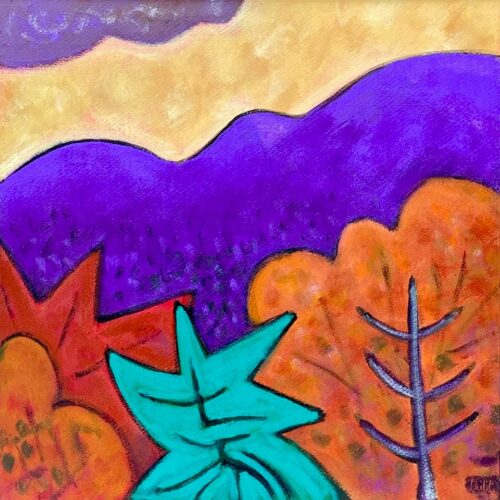 Philip Barter, who was born and raised in Boothbay Harbor, began painting after he discovered the work of another Maine-born artist Marsden Hartley. Hartley became his muse, and Philip went on to paint his beloved home state for the next 60 years. Strong bold color and simple shapes dominate his paintings as they do in “Hillside.” On outings, Philip sketches on paper as small as 3-by-3 inches, so he can get to the essence of Maine’s incredible landscape. Philip and his wife Priscilla live in Franklin.

Christina Thwaites uses a monochromatic palette with touches of blue to depict four young girls at the beach in “Young Ladies at the Beach.” Three bikini-clad girls walk along the beach, holding hands in a show of solidarity, while a fourth girl wearing a modest one-piece suit watches the trio from the side. Two girls boldly look straight out at the viewer, while the third girl glances at the shy girl with all the attitude of a “mean girl.” Thwaites and her family live in Orono.

Matt Barter spent the past winter making a collection of wood constructions using found objects and reclaimed wood from old barn beams, giving his figures a rugged, weathered-worn character. Fishermen and their wives go about their daily chores — mowing the lawn, washing and ironing laundry, dipping bait, and repairing their boats and lobster traps. In “Ironing Day” and “Laundry Day,” his brawny women power through piles of laundry. Matt and his family live in Brunswick.

John Neville, who began his career as a printmaker, switched to painting twenty-eight years ago when he experienced an allergic reaction to the etching chemicals. Neville revisited from an early etching for the painting “Salmon Supper,” a theme reminiscent of Da Vinci’s “Last Supper.” Neville’s Salmon Supper depicts an impressive 28 men, women and children gathered in a spacious hall, celebrating a bountiful catch of salmon. The fisherman who hauled in the catch, sits at a place of honor with his eyes cast down in reverence, his demeanor modest rather than boastful. Neville splits his time between Damariscotta and Prince Edward Island, Canada.

Philip Frey has painted Maine’s working waterfront for several decades. In “Patterns and Piers,” Frey builds up the pilings, gear and lobster traps with wide flat strokes, creating wonderful patterns of light and form. Frey makes this complex harbor scene come together in a most satisfying manner. Frey lives in Sullivan.

“Five Maine Artists” is on view at the Gallery from June 15 to July 9 and  virtually at www.courthousegallery.com.