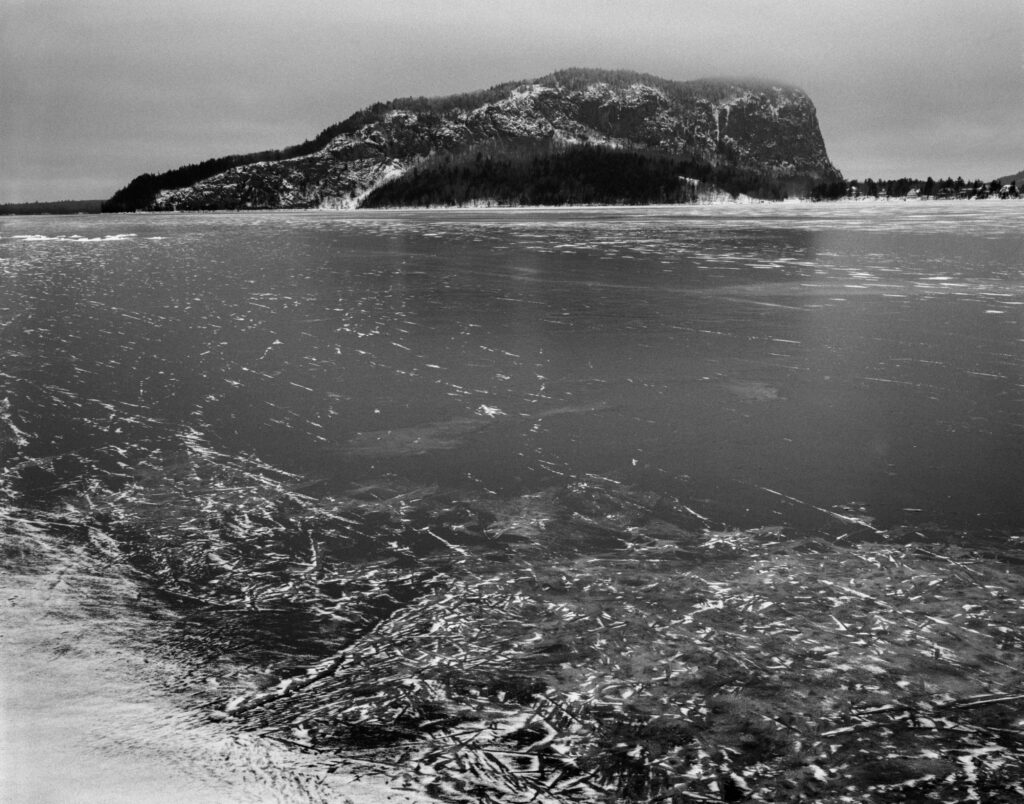 “Upon those who step into the same rivers, different and again different waters flow.” — Heraclitus of Ephesus

These artists present unexpected intimacies, personas of their subjects in their own natural landscapes. We are given a moment of wonder; what comes before and what comes after? A pear grows on a tree, a lake freezes over, a butterfly lands on a flower, a splash of water hits your face. These are scenes of vulnerability, change and growth. 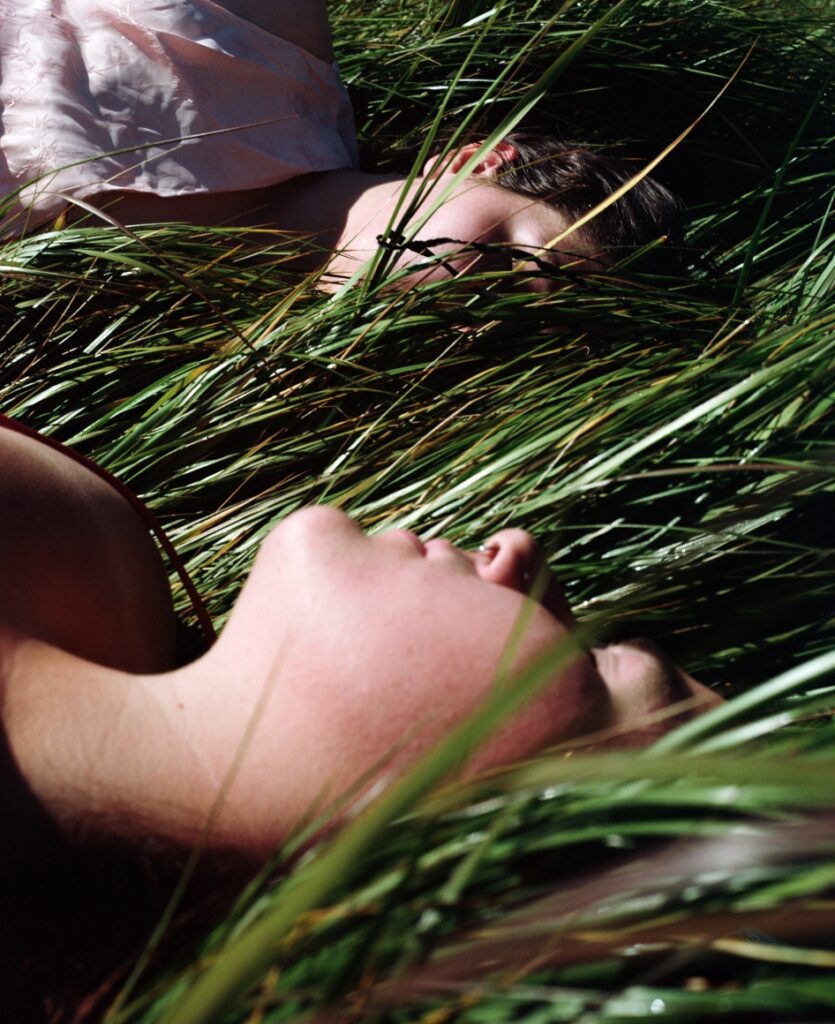 Madeleine Morlet is a photographer from London, now based in Maine. She studied Classics and English at King’s College London and worked in video production for companies such as Ridley Scott Associates, Vice, i-D and Somesuch for almost a decade.

Morlet teaches photography at Maine Media Workshops, Howe Hill Farm and the Penumbra Foundation. She is the features editor for Teeth Magazine.

S.B. Walker is an artist living and working in Maine. His works have been exhibited internationally and can be found in public and private collections including the Museum of Fine Arts (Boston), the Fitchburg Art Museum, the Smith Museum of Art, the David Winton Bell Gallery at Brown University, the Thoreau Institute, the Houston Museum of Fine Arts, The Peabody Essex Museum, and the Paul Sack Photographic Trust. His projects have been featured in The New York Times, The Guardian, Smithsonian Magazine, Photo District News, Lens Culture, Hyperallergic, Aperture, The Atlantic and others.

In 2017, Walker released his first published monograph, “Walden,” which features an afterword by Yale scholar Alan Trachtenberg. Works from his series examining the Polaroid Corporation are featured in a traveling museum exhibition titled “The Polaroid Project, Art and Technology.” Starting at the Amon Carter Museum in Texas, the exhibition has toured multiple venues in Europe and Asia and returned to the MIT Museum in the fall of 2019. Most recently, his work was included in a survey of American photography curated by Sandra Philips titled “American Geography” (Radius Books/SFMoMA).

Hector Nevarez Magaña is a Mexican-American photographer and writer from East Palo Alto, California. He earned his BA in visual arts from Bowdoin College in 2016. The majority of his work is shot on roll film and printed on gelatin silver paper. His photographs and writing deal with themes of romance, remembrance, idealization and vulnerability. In 2019, he had a solo exhibition at New System Exhibitions in Portland, Maine. His work has been included in group exhibitions at the Center for Maine Contemporary Art and Bowdoin College. He currently resides and works in Portland, Maine. 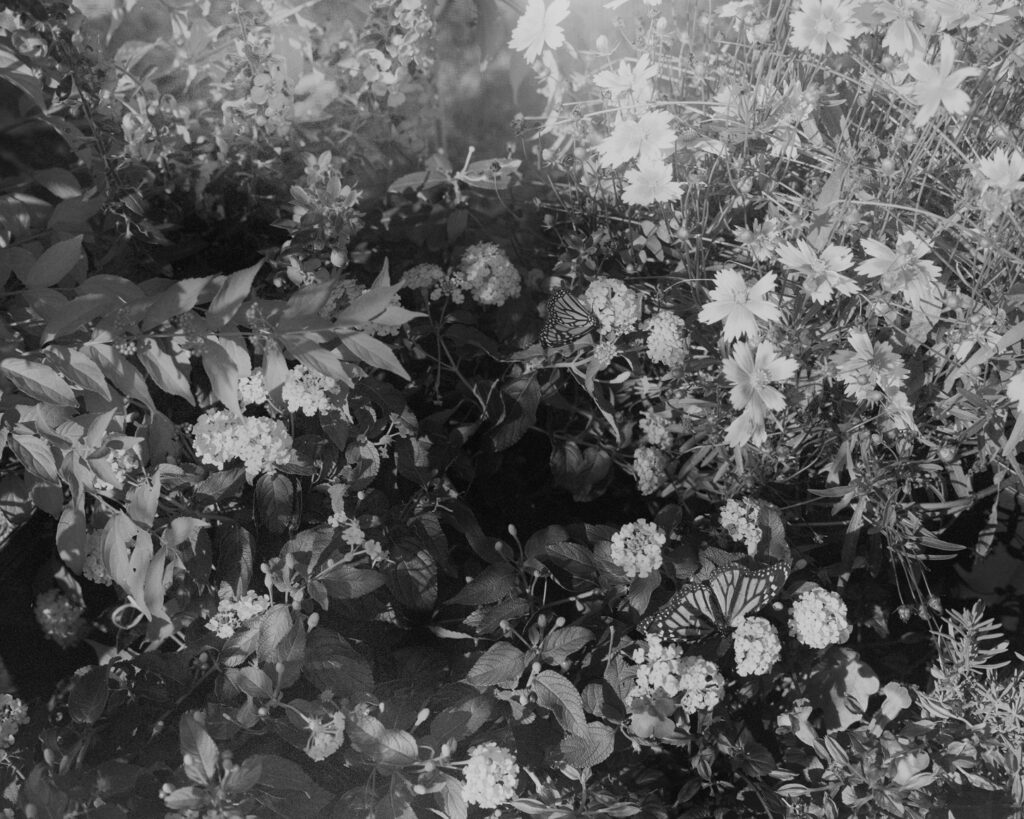 Dylan Hausthor received their BFA from Maine College of Art and MFA from Yale University, where they were awarded the John Ferguson Weir Award. They are a 2019 recipient of a Nancy Graves fellowship for visual artists, runner-up for the Aperture Portfolio Prize, nominated for Prix Pictet 2021, a W. Eugene Smith Grant finalist, a recipient of the Ellis-Beauregard grant and residency, 2021 Hariban Award Honorable Mention, 2021 Penumbra Foundation resident, 2022 Light Work resident, and the winner of Burn Magazine’s Emerging Photographer’s Fund. Their work has been shown nationally and internationally, and they have three books in the permanent collection at MoMA. They founded the art publication imprint Wilt Press in the spring of 2015 and currently work as a farmer and teacher.

Dowling Walsh Gallery is at 365 Main St. in Rockland. The gallery is open from 10 a.m. to 5 p.m. Tuesday through Saturday and by appointment on Sundays and Mondays. Visit www.dowlingwalsh.com, or call 207-596-0084 for more information.